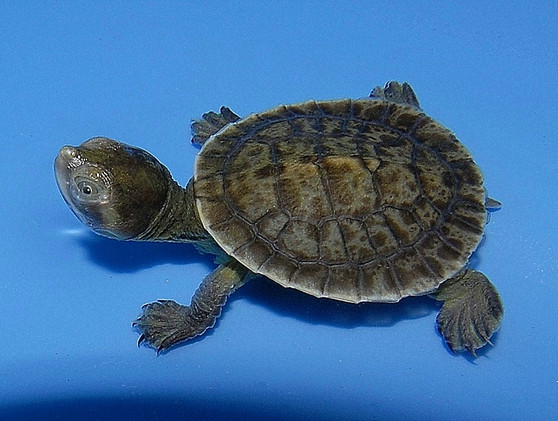 The MacLeay River Turtle, Emydura macquarii dharra, is found in the clear, sandy bottomed MacLeay and Hasting Rivers on the south eastern coast of Australia between Brisbane and Sydney. It was given the nameDharraby the Aboriginal people who inhabit this species' range. Like many Australian turtles, Emydura macquarii is an excellent swimmer, doing much of it's hunting and feeding in or under water. Usually referred to as simplyMacquarii, after the port where it's two rivers empty into the Tasman Sea, this very rare turtle readily eats anything it can catch, from small crustaceans and terrestrial insects to some water plants - ours even take pellets and cut fish.

Macquarii are one of the very few purely Australian turtles ever available in the Untied States. Just a few very accomplished breeders are working with this seldom seen species. An excellent tank turtle, once acclimated, Macquarii endlessly explore and forage their environments, putting on a very interesting display for their keepers.

We have just two of these extraordinary turtles that provide a seldom seen glimpse into the waters of Australia.