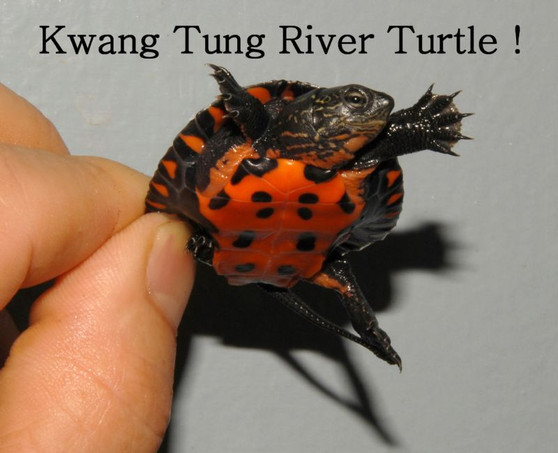 Found only in Southern China and Northern Vietnam, this turtle is probably the best example of over collecting for the Chinese food market. A recent scientific expedition studying this species turned up only one male turtle, after several weeks of searching. Kwangtungs are virtually extinct in the wild; thankfully this species is bred by a few better breeders here in the US.

Given that this is a species on the verge of extinction, (and already extinct in the wild) Kwangtungs are a very important species for conservation minded keepers to work with. Only because of the hard work of some better American breeders that this rare species is available in extremely limited quantities.

The MacLeay River Turtle, Emydura macquarii dharra, is found in the clear, sandy bottomed MacLeay an…

One of the prettiest of all the sliders, the Belize Slider (Trachemys scripta venusta) ranges from V…