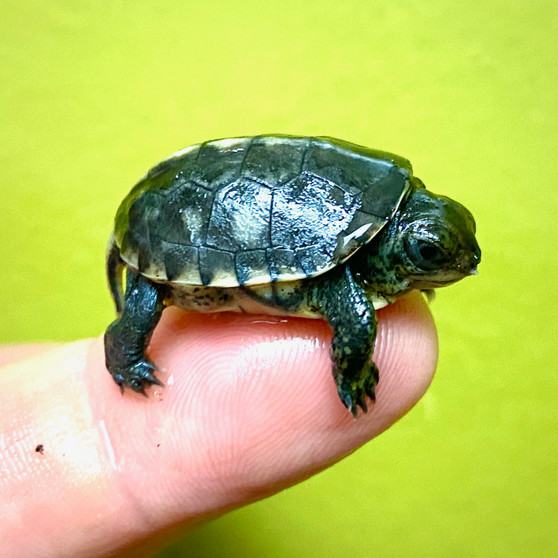 Cohuilan Box Turtles, (Terrapene coahuila scientifically), are an amazing species ! They are the rarest of all the box turtles in the world. They are the most aquatic of all the North American Box Turtles. And, they are capable of fully submerging and remaining underwater for extended periods of time...
Cohuilan Box Turtles are inhabitants of a single, unique, tiny oasis in the Mexican desert in the Cuatro Cienegas valley. They live in a group of small, spring fed, round ponds called Pozas. Some of the Pozas even contain salt. Studies have shown the male Cohuilans to wander from Poza to Poza, and the females tend to stay put...
As the Mexican government and the entire world (through CITIES) works to save and protect this precious and endangered turtle, a limited group of American breeders, who began with a small group of legally confiscated Cohuilan Box Turtles all the way back in the 1980s are now able to hatch Cohuilan Box Turtles. The numbers of the wild population have been steadily declining for decades as their unique habitat similarly declines. Sadly, their level of protection does not allow them to travel across state lines - but Florida residents are able to order and keep them. With apologies, if you do not live in Florida, we can not send you any Cohuilan Box Turtles - with no exceptions.
Care and Husbandry:
Cohuilan Box Turtles are both a pleasure and a joy to keep !
They are full of outgoing personality. They quickly learn to recognize keepers and freely interact with you. Our set ups are shallow aquatic with about one third land. They do get along with many similar small sized species (6 inches is fully grown). They are true omnivores, ours eat pellets, some plants and produce, small worms of all kinds, fish, very small rodents - and most anything that moves. Water temps in the 70s, land temps up to the low 80s with a small basking spot in the low 90s and Cohuilans are happy into perpetuity.
Hatchlings are born with pretty patterns that fade - but what they lack in flashy coloring, they more than make up for with lively, very active personalities - both in and out of the water.
Thankfully, we humans recognize how fragile Couhuilan Box Turtles and their very limited and unique environment is - and even more thankfully, some well placed (by the proper authorities) Couhuilan Box Turtles decades ago have led to the successful and legitimate captive breeding of this rarest of turtles. One long drought or other severe weather event could easily mean the extinction of this very limited species - yet conservation focused captive breeding makes them available to Florida residents - we only hatch a few each year . . .