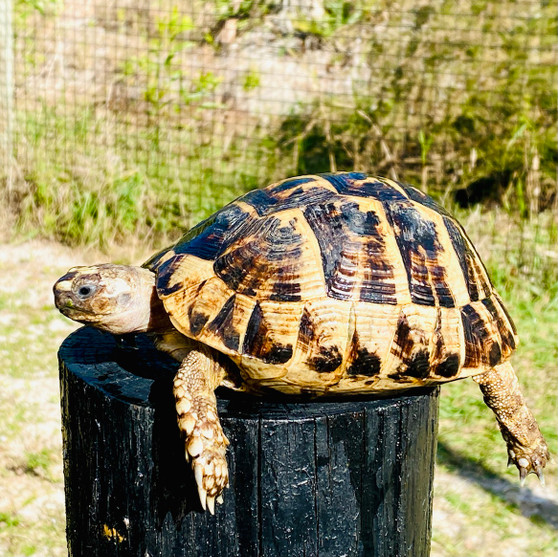 Testudo Graeca Floweri, more commonly refferred to as the Flower's Dwarf Tortoise, is a nicely marked species that only occurs on a narrow strip of land including the Gaza Strip, Israel and Lebanon.
One of the smallest of the Greek Toroises, Flower's or Lebanese Greek Tortoises have seen their entire range occupied by development making them extremely rare.
This little known species have been progressively displaced by urbanization, habitat destruction and open warfare...
Extreme pressure has also been put on this species by introduced predators and menacing all-terrain vehicles.
Flower's Greeks are seldom seen, and are rarely available.
If you're interested in this little tortoise "refugee" species, move quickly as they are highly sought after . . .

Hermann's Tortoises, (Testudo Hermanni) are found in the woodlands, rocky hillsides and meadows of S…

Red-footed Tortoises are the inhabitants of the exotic jungles of the Caribbean, Central and South A…

The Tortoise world can not seem to agree on whether the Black color phase is geographic, or pops up …