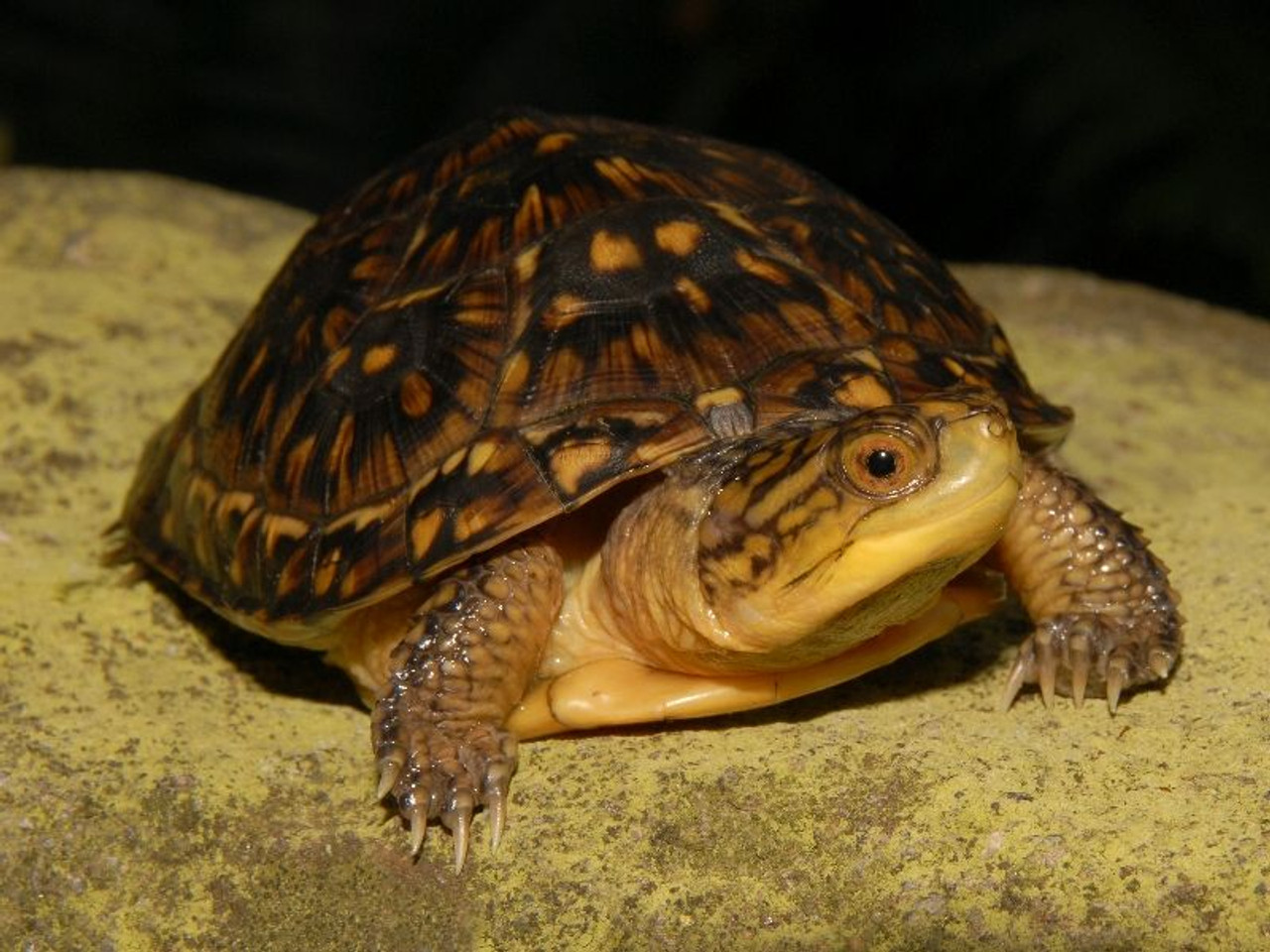 This large, long-lived turtle has found depressingly few champions in the turtle breeding community. Though its beauty is subtle, this fascinating species exhibits both interesting natural history and behavior.

Blanding's Turtles lives in a wide yet scattered range from southern Canada to much of the Midwest (Minnesota, Nebraska, Iowa, and Missouri) and in small areas in New England (New York, Massachusetts, New Hampshire, and Maine).

Hatchling Blanding's Turtles are hardy when given the proper environment. They should be established in a 20-gallon long aquarium with 4-5" of warm (78-80° F) water. We suggest a Bio-wheel® filter and the addition of live plants. Place a clip-type fixture with a 60-watt bulb over one end of the aquarium to offer them a basking spot. They are naturally drawn to the plants as a hiding place and will even rest on the plants, using them as a basking platform.

The small, dark brown to black babies grow into beautiful yellow and white marked adults in 5-6 years when offered a healthy, varied diet. In the wild, Blanding's Turtles may take as many as fifteen to eighteen years to mature due to their short "growing" season (Levell, pers. com.).

Blanding's Turtles are found in a variety of habitats in nature as they wander on land from area to area throughout the year. For much of the year, however, they tend to cluster around shallow ponds with muddy bottoms and with a large quantity of aquatic vegetation. Captive enclosures should provide plenty of fresh, clean water and mirror this abundance of plants. We have found that water hyacinth, water lettuce, and watercress and a covering of duckweed and Salvinia provide these secretive turtles with the security and basking platforms that they prefer.

Blanding's Turtles are very cold tolerant and are active throughout much of the fall and winter. Their black shells help absorb the sun’s rays which raise the turtle's body temperature considerably higher than its outside surroundings. Blanding's Turtles have been seen basking on ice flows in much of their northern range (Levell, pers. com.). In fact, heat can be dangerous for these turtles. Keepers living in a warm, tropical environment must give their turtles a well-shaded area out of direct, intense heat and sunlight or choose to work with another species.

In the wild, Blanding's Turtles feed on a variety of aquatic insects and vegetation. We have found them to feed very well on commercial turtle diets with added earthworms, superworms, and even crickets. They will eagerly consume fish pieces that are placed into their enclosures, but they do not actively chase down living fish in their ponds.

Blanding's Turtles are protected in most of their natural range and so those specimens that are available are usually captive-hatched animals. Regardless, these animals, especially adults, should be placed into a quarantine enclosure until an assessment of their health can be made.